All You Need to Know When Fishing with Shrimp 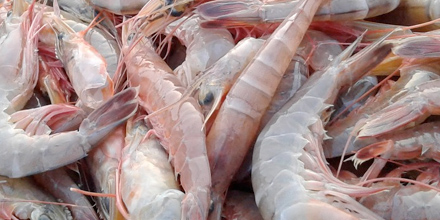 If you are by a coastline in Florida, there is most likely a bait shop that sells shrimp not far from you. Most of these bait shops have live and frozen shrimp anywhere from $2 to $5 a dozen. Considering just about every carnivorous fish in the ocean will eat shrimp, it is a great bait to use.

When fishing with shrimp, live is always the best. This is the most effective bait period (as far as most catches compared to other baits). If you have the choice go with live shrimp over frozen.

You can buy frozen shrimp by the bag at almost any bait shop. These shrimp usually come from the shrimp that die in the live shrimp tank. The bait shop simply pulls them out and freezes them.

There are many ways to hook a shrimp. My favorite way is to hook them through the body with the hook coming out through the head on the bottom side. Using a bait hook is best for this method. Hooking them on the tail can lead to them flying off. You can also hook them directly through the head (try not to hid the dark area, which is the brain).

Techniques for Fishing with Shrimp

Hook the shrimp on a jig head and leave about 20 inches of line between the hook and the bobber. Simply cast the bobber and give it three pops right away, then just slowly real and pop.

Rig-up a shrimp on a hook with a split shot sinker an slowly walk up and down the dock or pier, slowly jigging as you go. This will lure any big fish that are lurking under the dock.

Shrimp are one of the best baits you can use, whether they are alive or frozen, for inshore saltwater fishing. You can find live shrimp in just about any bait shop all through the state and you can find frozen shrimp in even more locations.

Shrimp occupy most inshore and coastal areas in enormous numbers around the state. For many fish, they are a primary food source and for almost all others, shrimp are a secondary food source because any non-vegetarian fish will eat shrimp. Given their popularity among most fish as a food choice, they are widely used as a first choice.

Frozen shrimp are the most widely available bait. Any shrimp that die in the holding tanks for live shrimp are bagged and frozen in bait shops at a discounted price. They can also be picked up directly from a distributor and their quality range from freshly frozen to shrimp that been thawed, which are reduced in quality.

Advantages of using frozen shrimp are that they are less costly compared to live shrimp, they are easier to transport, as they can be stored in any container and thawed when ready for use.

The disadvantage of frozen shrimp is that they come off the hook easily due to the softened meat and shell as a result of freezing, they attract more bait thieves because smaller fish can eat them without you knowing it and they show no live action so they cannot attract the attention of fish that are on the lookout for their prey’s movements.

Live shrimp are easily found in almost all bait shops near the coastline and are caught in the Gulf of Mexico and shipped across the state for bait use.

Benefits of live shrimp as bait include their availability in most bait shops, they cannot be easily taken by bait thieves, compared to their frozen counterparts, and the noise and movement they bring about while on the hook attracts fish even from further distances.

The cons are that during the cold weather it can be hard to find them as they dig under the sand, keeping them alive can be hard given that they need to be aerated, and/or temperature regulated bait buckets or even flow-through bait buckets that are kept in water plus they are more expensive than frozen shrimp by up to 3 times the cost of frozen shrimp.

Tips for hooking when fishing with shrimp