How to Catch Kingfish

The average kingfish is around 20 pounds, and its true name is King Mackerel. As the biggest mackerel in Florida, kingfish are a migratory species that many anglers want to catch. If you’re one of those people seeking this beautiful fish, here are the deep sea fishing tricks to get them into your boat.

When You Have a Chance to Catch Kingfish 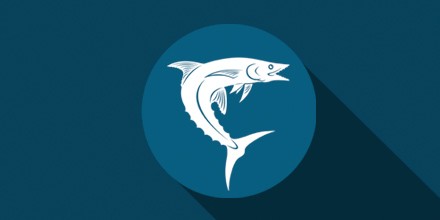 Spring is a great time for catching kingfish in Florida, particularly in central and certain areas of northern Florida, as these fish are drawn to warm waters. In summer, the northern parts of the state are where you’re more likely to find them as you embark on deep sea fishing. As the weather gets colder, look for the migratory fish in south Florida.

Deep Sea Fishing to Find Them

Kingfish love the open ocean, and they tend to cluster in offshore structures. Examples are natural reefs, artificial reefs, and oil rigs. An exception to this is in summer when the fish come closer to shore as they are following the baitfish.

A good tip if you’re looking for kingfish is to watch for diving birds. If you see them, the chances are good that kingfish are close as they bring baitfish up closer to the surface to be able to pick over them easier. Kingfish like herrings and sardines, as do those diving birds.

The best tackle to use depends on your method for getting them. Generally, each method requires a medium size of gear and plenty of line as kingfish keep going even after you strike them. You’ll want to make sure you have a good drag.

As for bait, the ideal choices are those kinds that stay on the hook even when there’s some pull at them. Remember that kingfish are hard swimmers. Examples of good live baits are a Blue runner and White mullet. The use of lures when deep sea diving is recommended given that kingfish like bait that moves quickly.